ClassicBackstabbing, bitchfits, and Botox. There\'s no business like the beauty business.

What is the NLRA?

The National Labor Relations Act (NLRA) was enacted by congress in 1935 to protect the rights of employees and employers, to encourage collective bargaining, and to curtail certain private sector labor and management practices which can harm the general welfare of workers, businesses, and the U.S. economy.

The NLRA affords workers numerous rights, including the abilities to: 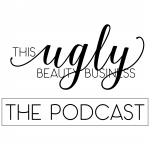 This Ugly Beauty Business
[VIP 5] The NLRA and Social Media

Basically, the NLRA ensures no workplace attempts to interfere in any way with an employee’s right to unionize or collaborate with their coworkers to address issues in the workplace. These rights also protect the employee’s right to speak freely and openly about labor/safety issues without fear of retaliation.

What is “concerted activity?”

Section 7 of the NLRA defines concerted activity. It states:

Employees shall have the right to self-organization, to form, join, or assist labor organizations, to bargain collectively through representatives of their own choosing, and to engage in other concerted activities for the purpose of collective bargaining or other mutual aid or protection…”

As a general rule, any time two or more employees act together to improve their terms and conditions of employment, there is protective concerted activity, even when there is no union involvement.

For example, employees may engage in protected concerted activity when they:

Individual employees are also covered if they are:

The Act doesn’t limit the manner, time, or place in which employees can engage in concerted activity. Social media outlets are protected spaces.

Increasingly, negative and disparaging social media posts about the employer’s practices (including sharing images of employment handbooks and contracts) are being considered protected concerted activity under the NLRA.

Okay, so Chipotle obviously isn’t a salon, but after sifting through countless cases involving salon disputes this week, I took the easy way out this time around—and honestly, I feel bad pointing at the same corporate salons in our case studies. The majority of the time, the disputes companies like Regis Corp. find themselves in aren’t the fault of the corporation or their policies, but that of a poorly qualified manager.

Anyways, a Chipotle employee Tweeted a complaint about the chain’s low wages. Chipotle’s social media strategist found the offending tweet and forwarded it to the employee’s manager, who ordered him to delete it—which he did. The employee was later fired after circulating a petition complaining that employees weren’t being given mandated breaks. (A guy after my own heart.)

A divided NLRB panel eventually found (despite the Administrative Law Judge’s opinion) that the employee’s tweet was not concerted activity, but that Chipotle did unlawfully maintain a social media policy that prohibited employees from posting “incomplete, confidential, or inaccurate information and making disparaging, false, or misleading statements.” They were ordered by the panel to immediately cease and desist.

Two sections of the social media policy were found to be unlawful:

“If you aren’t careful and don’t use your head, your online activity can also damage Chipotle or spread incomplete, confidential, or inaccurate information.”

“You may not make disparaging, false, misleading, harassing, or discriminatory statements about or relating to Chipotle, our employees, suppliers, customers, competition, or investors.”

Those prohibitions violated Section 8(a)(1) of the NLRB.

Chipotle failed to define “confidential,” leaving it subject to broad interpretation, allowing employees to construe it as restriction their Section 7 rights.

Chipotle also could not legally prohibit employees from posting false, misleading, or “disparaging” social media comments, as that restriction could easily encompass statements protected by the NLRA.

Legally, employees are permitted to criticize management openly and expose other labor/safety violations without fear of censorship or retaliation.

Additionally, the Board discovered Chipotle:

In the end, Chipotle was ordered to reinstate the Tweeter and reimburse him for lost wages.

How could the NLRA affect my salon?

Some of your employee handbook policies—specifically your social media policies—may be construed as overly-restrictive of an employee’s rights under Section 7 of the NLRA. (Don’t feel bad—mine were and had to be re-worded in a few places.)

For example, a broad prohibition against any employee speech that could “reflect negatively on the company” is too open to interpretation. As an alternative, the Society for Human Resource Management recommends suggesting that employees add disclaimers to their posts that the opinions the employee expresses on social media are the employee’s own and don’t represent the company’s stance.

Your conduct policies may also violate the NLRA.

Does your handbook say something like, “Employees must not harm the salon’s reputation or defame the salon in any way?”

You can legally prohibit “malicious” false statements (defamation) and rudeness to customers, but anything beyond that could be construed as a violation of the employee’s rights under Section 7.

Can I fire an employee for their online behavior?

What can you do when your lead stylist posts a racist meme on Facebook? Or when your salon manager victim-blames a rape survivor on Twitter?

In their search for justice, our communities can quickly turn on our businesses if we don’t take what they consider to be quick and decisive action against the offending employee, but often, they fail to understand the legal ramifications of terminating an employee for a social media post.

Employers find themselves stuck between a rock and a hard place, where termination may be illegal but doing nothing isn’t a viable strategy either.

Before firing an employee for their social media posts, check your state laws. Currently, five states (California, Colorado, New York, Louisiana, and North Dakota) protect employees from retaliation for engaging in lawful off-duty conduct and political activities, no matter how disgusting their commentary or behavior. As a general rule, however, employees typically can be terminated for hate speech—any disparaging comments about protected categories like race, religion, and gender.

Be proactive to prevent incidents and to communicate what constitutes an offense warranting immediate termination. Employee handbooks should require employees to:

What can I do to ensure my polices are in compliance?

Ensuring your polices are in compliance is surprisingly simple!

Have an employee defense attorney guide you.

I recommend finding an attorney known to represent the rights of your employees. The person most likely to sue you and win—that’s who you want to retain. Employee defense attorneys, in my experience, are exceptionally passionate about ensuring employee rights are respected and are far less likely to allow their employer clients to dance around in legal gray areas the way so many of the attorneys who specialize in employer representation are prone to.

Promise me right now that you’ll make some calls and schedule some consultations. Pinkie swear. (You know what happens when you violate a sacred covenant sealed with entwined pinkie fingers, right?)

Personally, I’ve drafted dozens of employment handbooks, each of which have been thoroughly informed by the most current city, state, and federal regulations, but even so, I require my consulting clients to sign their names to an agreement stating that they will have the documents reviewed and approved by an employment law attorney. Ensuring compliance without a shadow of a doubt is way beyond my pay grade, and it’s extremely far beyond yours.

Schedule an appointment to meet and discuss your goals and challenges.

Is your salon landlord being a Grinch this holiday season?
Legal

So, you're going to court (most likely a small...
Business

What can you do when your booth renters are behind on payments and you don't have a written lease?
Business

Cash based businesses, like salons, are often targeted for...

Do you know what your rights are as a...
Legal

By now, it's no secret that many beauty professionals...
Business

Alright, so you were a good person and you...
Business

Why Favors Don’t Pay and Clients Can’t Be “Friends”

"Is it legal for my boss to take product...

Is your salon landlord being a Grinch this holiday season?
Legal

So, you're going to court (most likely a small...
Business

What can you do when your booth renters are behind on payments and you don't have a written lease?
Business

Cash based businesses, like salons, are often targeted for...
Business

How to Tactfully Express Dissatisfaction

Tina Alberinohttps://thisuglybeautybusiness.com
Beauty industry survivalist, salon crisis interventionist, tactical verb-weapon specialist, and the leader of at least a hundred workplace revolutions, Tina Alberino is known as much for her extensive knowledge as for her sarcastic wit and mercilessly straightforward style. She’s the author of The Beauty Industry Survival Guide and Salon Ownership and Management: A Definitive Guide to the Professional Beauty Business. When she’s not writing, educating, or consulting, she can be found overthinking everything, identifying problems people didn’t know existed, and stubbornly working to change the things she cannot accept.

Is your salon landlord being a Grinch this holiday season?
Read more

So, you're going to court (most likely a small claims court in your county). You're going to have to sit in front of a...
Read more

What can you do when your booth renters are behind on payments and you don't have a written lease?
Read more

Schedule an appointment to meet and discuss your goals and challenges.